A walk to “Bolata”

March 10, 2019 By aahills Uncategorized Comments Off

Close to the July Morning Complex is one of the most beautiful bays on the Black Sea coast – Bolata.Surrounded by miles of rocky shores, the bay is unique with its sandy beach, which has been created in a completely natural way. It is part of Kaliakra complex – a protected area with a status of a reserve.

Bolata is a favorite place for many tourists during the summer months. The cool sea water is crystal clear, and from the nearby cliffs, along the winding steep paths, a magnificent view of the turquoise sea is revealed.

The walk in the area is no less pleasant than the tanning of fine sand. The small river, which forms the picturesque gorge, created the eponymous bog “Bolata”, which is the home of thousands of plant and animal species. 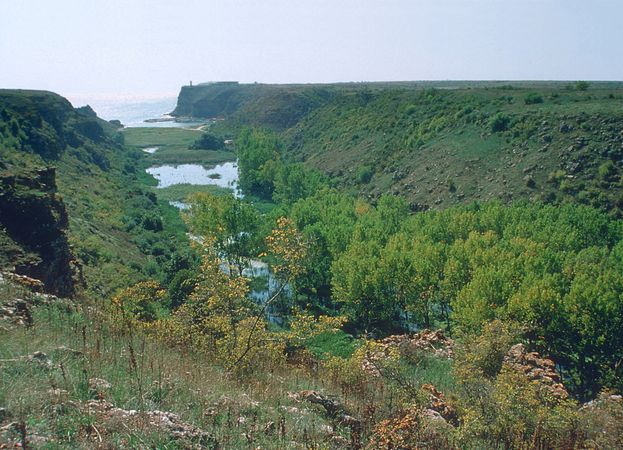 In the nearby caves are found evidence of life from 400 BC BC, as well as various commercial objects from the ports of Venice and Genoa.

If you visit Bolata at sunset, look out into the distance, because it is quite possible, apart from sunset, to admire dolphins jumping into the sea. 🙂

A walk to “Bolata”

The romans of the “Джулая”